What is a Consumer Proposal? 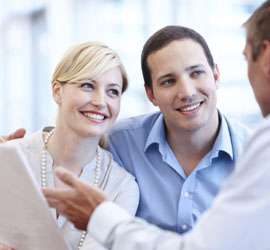 A Consumer Proposal, unlike an informal debt settlement plan, is a formal, legally binding debt settlement agreement between you and your creditors. A Consumer Proposal, allows you to avoid Bankruptcy and is Canadas’ best alternative to filing Personal Bankrutpcy. It allows you to reduce the balance you owe, eliminate your interest, and at the same time reduce the size of your monthly payments.

More than 90% of the Consumer Proposals we have sent to Creditors on behalf of our Edmonton clients have been Accepted as Submitted.

Who Can File a Consumer Proposal?

Any person who, not including a mortgage on their home, owes $1,000.00, but not more than $250,000.00, and is considered to be insolvent, is eligible to file a consumer proposal. Being Insolvent means that you are not able to pay your debts as they become due, or the total value of your debts exceeds your assets.

Practically speaking, because of a lack of interest by creditors for low dollar value proposals and the time and cost of putting a consumer proposal together, consumer proposals make the most sense if a person’s total debts exceed at least ten thousand dollars ($10,000.00).

How Does a Consumer Proposal Work?

A Consumer Proposal administrator, such as Cameron-Okolita Inc., helps you prepare a written offer of settlement and prepares a summary of your financial affairs for review by your creditors.

Once prepared, the Consumer Proposal is filed with the Federal Government, Court protection is provided and a copy of the offer or proposal is provided to your creditors for review.

The creditors have forty-five (45) days to review your consumer proposal and submit their vote. Unlike an informal debt settlement plan, which requires 100% agreement by your creditors, a consumer proposal requires only 50% plus 1 of the participating creditors voting by dollars, to vote in favour of your proposal.

If the majority of creditors who voted accept your consumer proposal, it becomes legally binding on all of your creditors, even those who voted against it! This is a very significant advantage, when compared to an informal debt settlement plan, as all creditors are bound by the agreement, even if they voted NO.

If a creditor or group of creditors refrain from, or choose not to participate in the vote, then they are not counted in the vote percentage. This makes it even easier, because you only need 50% plus one per cent of the creditors voting on your consumer proposal to confirm acceptance.

In the event none of your creditors vote, and this does happen, your proposal is deemed accepted and, even though no one voted, all creditors are bound by it.

Many Edmonton clients who were originally considering Bankruptcy are surprised to find out that a Consumer Proposal is an option available to them, and are surprised that creditors will consider reducing or forgiving a portion of their debts.

Fundamentally, when creditors receive a Consumer Proposal from a Licensed Insolvency Trustee, they know this is serious, and that you are likely to go bankrupt if they don’t accept your proposal.

THE POWER OF A CONSUMER PROPOSAL

For illustration purposes, let’s look at an example of what we often see on credit card statements:

The balance on the credit card statement we selected showed that the balance owed was $31,316.06, and the interest rate was 24.9 %. If a person makes their minimum payment of $662.38 each month, and on time, the statement says that it will take them 25 years and 3 months or 303 months to pay that balance off.

Grab one of your credit card statements and see what yours says! For most, 25 years represents a large portion of a persons’ working lifetime, and that is only if a person never uses their credit card again. This is why they say having credit card debt and carrying a balance on your credit card is “like agreeing to run on a treadmill forever!”

If you qualify for a Consumer Proposal with NO INTEREST to pay, and continue to make the same payment, your debt would be paid off in less than 4 years or 47.3 months, just under 1/6 the time.

That’s the power of a Consumer Proposal!

Send us an Email, Ask us a Question, Have us Call You!

Friendly and Easy to Talk To:

At Cameron-Okolita Inc., we are friendly, easy to talk to, and we pride ourselves on exceptional service, making our clients’ needs our top priority.

Call or Contact Us Today! Let us help you get a fresh start and put the stress and worry of your finances behind you.

We can help you Avoid Bankruptcy!